Angie Wendelberger, Costume Technologist, received her Master of Fine Arts degree from the Chicago College of Performing Arts at Roosevelt University and a second MFA from Michigan State University in Production Design with an emphasis on costume design and construction.

During the past four years, she has been working as a freelance costume designer and technician in Chicago. She has been pleased to work for such amazing companies as The Court Theatre, RedMoon Theatre, Eclipse Theatre, The Factory Theatre and Navy Pier Entertainment. Along with theatre companies, Angela has spear headed sewing projects for corporate companies such as Crate and Barrel and PLYTexile Designs.

Previous to this freelance experience in Chicago, she worked as the Costume Shop Supervisor for the University of Michigan – Flint as well as The Chicago College of Performing Arts at Roosevelt University. 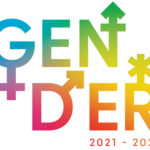 The Michigan State University Department of Theatre announces its 2021-2022 season, which focuses on the examination of the contemporary understanding of gender. “One of the greatest…Read now »
MSU Colleges Create 3D-Printed Face Shields in Response to COVID-19
Published March 30, 2020 in College of Arts & Letters 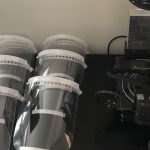