Valentina Denzel is an Associate Professor of French Literature (17th and 18th century) at the Department of Romance and Classical Studies at Michigan State University. Her fields of interest are Italian and French Literatures (15th – 18th century), Queer and Gender Studies, Querelle des femmes, the libertine novel, travelogues, and popular cultures. In her book Les mille et un visages de la virago. Marfisa et Bradamante entre continuation et variation, Garnier Classique 2016, she analyzes the evolution of the representation of the woman warrior in French and Italian literatures from the Middle Ages to the Enlightenment by taking into consideration the political and historical context of this evolution and the symbolic value of the woman warrior in each specific time period. Valentina’s second book project examines the impact of the Marquis de Sade on the punk and post-punk movements, as well as on punk-porn feminism and comic books in France, the UK, and the US.

Exploring Our Past to Better Understand Our Present
Published January 8, 2018 in College of Arts & Letters 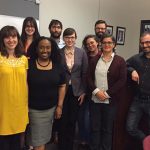 Sometimes to understand our current worldview, it is necessary to examine and understand the events of our past, at least according to Assistant Professor of French Valentina Denzel, whose area…Read now »
Faculty Alumni Board Awards
Published April 25, 2016 in College of Arts & Letters 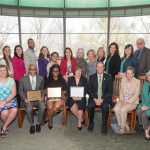