Elizabeth Tuttle’s book project explores the complex network of political activists in interwar France and its colonies, particularly French West Africa, Algeria, and Indochina. The project tracks French feminists and anti-imperialists who distributed pamphlets, fliers, tracts, and posters in order to understand how the materiality of these texts shaped the movements to which they belonged. Dr. Tuttle’s research has been supported by the Millstone Research Fellowship, the Legacies of the Enlightenment Research Fellowship, and the Chateaubriand Fellowship and has been published by Women in French (forthcoming) and the Western Society for French History. 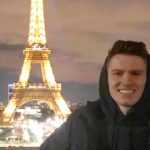 Matthew Fazekas, an MSU junior studying International Relations with minors in French and Philosophy and Law, was selected as one of the winners of the 2021 American Journal of French Studies…Read now »
Student Receives Scholarship to Study Abroad in France
Published May 11, 2021 in College of Arts & Letters 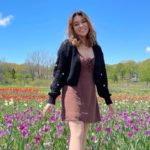 French major Tricia Carreon has received a scholarship from the Université de Tours in France to study abroad there during the Spring 2022 semester. She recently completed her first year of…Read now »
College Welcomes New Faculty and Staff Members
Published August 22, 2019 in College of Arts & Letters 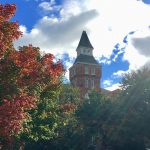