Dr. Denise Troutman is an Associate Professor in the department of Writing, Rhetoric, and American Cultures and the department of Linguistics, as well as a faculty-affiliate with the African American and African Studies (AAAS) Program. She is the winner of a 2001-2002 Fulbright Award and a 2003-2004 Postdoctoral Fellowship from the American Association of University Women (AAUW) Educational Foundation and a 2009-2010 Humanities and Arts Research Program (HARP) Award.  From 2004-2007, Dr. Troutman served as Diversity Coordinator for the College of Arts and Letters.

Troutman teaches writing to first-year students and linguistics and sociolinguistics to undergraduate and graduate students.  Currently she is working on interrogations of politeness/impoliteness within the African American speech community, which she has presented in special lectures and conferences and which is the focus for a  current book manuscript.

Attitude and Its Situatedness in Linguistic Politeness

Attitude and Its Situatedness in Linguistic Politeness. Poznań Studies in Contemporary Linguistics. 46(1), 2010, pp. 85–109.

’They Say It’s a Man’s World, but You Can’t Prove that by Me’: African American Comediennes’ Construction of Voice in Public Space

“’They Say It’s a Man’s World, but You Can’t Prove that by Me’: African American Comediennes’ Construction of Voice in Public Space.” In Judith Baxter, ed., Speaking Out: The Female Voice in Public Contexts. Hampshire, Great Britain: Palgrave Macmillan, 2006: 217-239.

Whose Voice Is It Anyway? Marked Features in the Writing of Black English Speakers

Tongue and Sword: Which is to be Master?

“Tongue and Sword: Which is to be Master?” In Geneva Smitherman, ed., African American Women Speak Out on Anita Hill-Clarence Thomas. Wayne State University Press, 1995, 208-223. 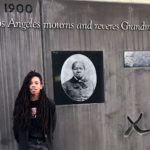 Committed to raising awareness about critical issues and the academic or community-based work being done to solve them, Sharieka Shontae Botex, a third-year Ph.D. student in MSU’s Writing and…Read now »
Reaching Out to Young African-American Women
Published October 6, 2016 in College of Arts & Letters 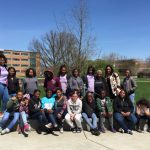 “Lifting as we climb” is the motto of the Daughters of the Collective, a student organization where undergraduate and graduate students work with middle school African-American women in grades…Read now »
Close Menu