Dr. Silvia Tita is the new Bennett-Valles Assistant Professor of Art History & Visual Culture in the Department of Art, Art History, and Design. Dr. Tita is a scholar of early modern art, with a special interest in political art and transitional interactions. She is also invested in digital humanities. After receiving her PhD from the University of Michigan at Ann Arbor, she has held different positions. More recently, she was a Postdoctoral Research Associate at the Center for Advanced Studies in the Visual Arts at the National Gallery of Art, Washington. She taught at the Catholic University of America and Kalamazoo College. Her research has been supported by fellowships and institutions both in Europe and in North America (Newberry Library, Andrew Mellon Postdoctoral Fellowship).

HA 291 Special Topics: Printing Strategies (1550-1750)
Fall 2021
The wider availability of printing in sixteenth-century Europe led to the emergence of a host of new avenues both in terms of artistic expressivity and marketability. This class examines the strategies employed by early modern artists, printers, and publishers for personal as well as institutional promotion and monetary gain. Working independently or alongside humanists, scientists, religious and political organizations, those involved in the printing industry delved into contemporary artistic, scientific, theological, and political discourses, many of which had global audiences.

HA491: Art and Global Networks in the Early Modern Period
Spring 2022
The early modern period (c. 1450-1700) witnessed an unprecedented expansion of global networks. While Europeans navigated toward new horizons, they were surprised to discover numerous established trade routes beyond their previously known universe. This course examines the motivations of art production, export, assimilation, and translation in transnational exchanges. Topics include gifting, propaganda, diplomacy as well as art, agent, court and missionary networks. 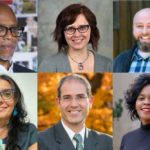 The Michigan State University community gathered at the Wharton Center for Performing Arts on Sept. 14 for the investiture of the 2022 class of endowed chairs, endowed professors, and MSU Foundation…Read now »
College Welcomes 27 New Faculty and Staff Members
Published September 7, 2021 in College of Arts & Letters 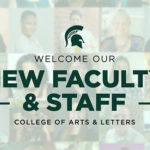 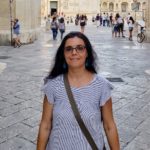