After stage managing for about 18 years, Tina began working as Production Manager for Off-Broadway productions and then for Capital Center for the Arts, a historic road house in beautiful New Hampshire. Managing for the CCA allowed Tina to work on more than 200 events and shows with artists such as Indigo Girls, BB King, Chris Botti, Chelsea Handler, and Train. Tina left the CCA to spend a few years working in Houston, Texas as General Manager for Cullen Performance Hall, a roadhouse on the campus of the University of Houston, and for the Houston Shakespeare Festival, the university’s professional union summer theatre company that performs at Miller Outdoor Theatre.

While working in NYC, NH, TX, and MI Tina continues to work as free-lance stage manager / showcaller in the Corporate Event & Business Theatre Industries. To date, she’s managed close to 200 corporate shows, marketing events, conferences and product launches for fortune 500 companies such as AOL, Reebok, MasterCard, Samsung, Motorola, Mercedes Benz, NASA, and variety of Pharma companies. These gigs have taken her to exotic locations across the globe; places like India, Venice, Barcelona and the ever picturesque Pittsburgh.

In 2012, Ms. Newhauser moved with her family to MI to begin working at MSU where she’s helped to create and launch a new Arts & Cultural Management Undergrad and Graduate program and in fall of 2017, a new BFA degree program in Stage Management.

The Underpants by Steve Martin; Directed by Gus Kaikkonen

The Winter’s Tale by Shakespeare; Directed by Jana Tift

Inducted into the Ravenna High School Hall of Fame

The Winter’s Tale by Shakespeare; Directed by Ann Harvey

ACM 300 Starting your Business in the Creative, Visual, and Theatre Arts (online)

Stage Management Student Works with Broadway Stars in NYC Before Graduating from MSU
Published May 23, 2022 in College of Arts & Letters 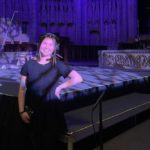 Behind the scenes of every theatre production there is a stage manager who ensures all the moving parts of the production run smoothly. From running rehearsals to communicating technical needs,…Read now »
Department of Theatre Awards First Stage Management BFAs
Published April 28, 2020 in College of Arts & Letters 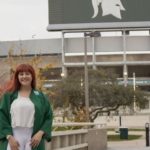 Actors’ Equity Association has named 2020 the “Year of the Stage Manager,” commemorating the decision made 100 years ago to encode stage managers in the union. This feels like an…Read now »
10th Annual Friends of Theatre Gala Gets Broadway Boost
Published April 18, 2019 in College of Arts & Letters 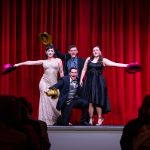 The Michigan State Univeristy Friends of Theatre invite the public to attend the Friends of Theatre Gala on Tuesday, May 7, from 6 to 8:30 p.m. at the Wharton Center for…Read now »
Students Practice Stage Management Skills at New York City Event
Published May 22, 2018 in College of Arts & Letters 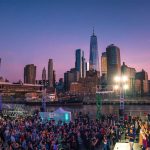 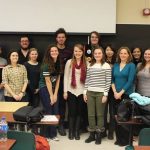 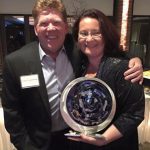