Lynn L. Wolff’s teaching and research interests encompass modern German literature and culture, in particular the relationship between literature and historiography, the representation of the Holocaust, theories of translation, practices of intermediality, and concepts of world literature. Bringing these interests together and teaming up with colleagues in German, French and Francophone, and Japanese Studies, Lynn Wolff, Liz Mittman, and Matthew Handelman have initiated the Graphic Narratives Network, a research collaborative focused on writing history and visualizing trauma in a variety of text-image forms. Lynn is also affiliate faculty in the Serling Institute for Jewish Studies and Modern Israel.

Prior to joining the department, Lynn was an Alexander von Humboldt research fellow and taught in the Department of Modern German Literature at the Universität Stuttgart. She has also taught German language, literature, and culture at Middlebury College’s Summer German School, where she also co-hosted the German School’s weekly radio program. 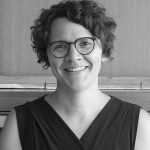 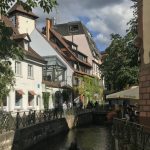 For more than 50 years, students from Michigan State University have had the opportunity to spend a year abroad studying at Albert-Ludwigs-Universität in Freiburg, Germany, where they are fully…Read now »
Close Menu