Gary Hoppenstand is a Professor in the Department of English at Michigan State University. He also currently serves as the Secretary for Academic Governance at MSU. Hoppenstand’s major research areas are genre and narrative studies in popular fiction, graphic novels, film. and television. He has published twenty-four books, including nine scholarly reprint editions of classics novels for Signet Classics and Penguin Classics, and over sixty scholarly articles on topics ranging from popular culture studies, to literary studies, to media studies. His last book, Perilous Escapades: Dimensions of Popular Adventure Fiction, published in 2018, features an anthology of his essays on classic adventure literature. Hoppenstand’s early work, as editor of the periodical, Midnight Sun, was nominated twice for the prestigious “World Fantasy Award,” and his Popular Fiction: An Anthology (Longman) won the Popular Culture Association’s “Best Book” award in the Textbook/Reference category for 1997. As the series editor of the six-volume “Greenwood World Encyclopedia of Popular Culture,” he was again the recipient of the “Best Book” award for 2007 for the Reference/Primary Source Work category. He is a former Area Chair, Vice-President, and President of the national Popular Culture Association, and he served for eleven years as the editor of The Journal of Popular Culture, the most widely read and cited peer-reviewed scholarly journal in its field in the world. He has won several top scholarly honors from the national Popular Culture Association—including “The Governing Board Award”—in 2008 (“for his contributions to popular culture studies and the Popular Culture Association”). At Michigan State University, he has won the College of Arts & Letters 2008 “Paul Varg Alumni Award for Faculty” (“in recognition of outstanding teaching and scholarly achievement”), and Michigan State University’s 2008 “William J. Beal Outstanding Faculty Award” (“in recognition of outstanding contributions to the intellectual development of the University”). He is considered a top national and international academic expert in the theoretical study of popular literature and entertainment media culture. He is currently writing a book on the cultural history of popular adventure fiction for the University of Nebraska Press.

Clive Barker’s Short Stories: Imagination As Metaphor in the Books of Blood and Other Works. Jefferson, N.C: McFarland, 1994. 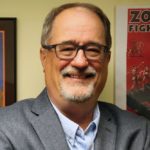 For his lifetime of service to the field of popular culture, Gary Hoppenstand, Professor of Film Studies and 20th-Century Literature in MSU’s Department of English, has won the Popular Culture…Read now »
Annual Gift Named in English Professor’s Honor
Published October 26, 2016 in College of Arts & Letters 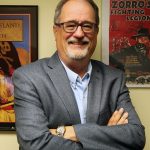 Professor of English Gary Hoppenstand has received a special honor by the  Governing Board of the national Popular Culture Association (PCA), which voted 10-0 to name its annual gift to the Ray…Read now »
Close Menu