Gordon Henry is an enrolled member of the White Earth Anishinaabe Nation in Minnesota.

Dr. Henry is also a Professor in the English Department at Michigan State University, where he teaches American Indian Literature, Creative Writing and the Creative Process, in Integrative Arts and Humanities.

He serves as Senior Editor of the American Indian Studies Series (and the series sub-imprint Mukwa Enewed) at Michigan State University Press. Under his editorship the AISS has published research and creative work by an array of scholars, working in a variety of disciplines, related to the larger field of American Indian Studies.

Seven years ago, while serving as Director of the Native American Institute at Michigan State, he founded, along with Ellen Cushman, the Native American Youth Film Institute. As an offshoot of that project Professor Henry is working with the NAI and the Michigan Inter-Tribal Council, on Indigistory, a community based digital storytelling project.

Gordon is also a published poet and fiction writer. In 1995 he received an American Book Award for his novel the Light People and his poetry, fiction and essays have been published extensively, in the U.S. and Europe. In 2004, he co-published an educational reader on Ojibwe people with George Cornell. In 2007, Henry published a mixed-genre collection, titled The Failure of Certain Charms, with Salt Publishing, out of the U.K. He also co-edited a collection of essays on American Indian Literature, titled Stories through Theory <->Theory through Stories in 2009. In 2018 he published a co-edited volume of graphic literature, titled Not (Just) (An)other. Also, in 2018, his collection The Failure of Charms was translated into Catalan, as El Fracas de Certs Encanteris, for Balandra Ediciones, in Valencia, Spain. This past fall (2019) the University of New England Press released Afterlives of Indigenous Archives, co-edited by Gordon and Dartmouth Professor Ivy Schweitzer. Gordon’s poetry, fiction and critical writing has been published extensively internationally. His writing has appeared in journals and anthologies, in translation, in Spain, Greece, Hungary, Italy, the U.K. and Germany.

Professor Henry was appointed Gordon Russell, Visiting Professor at Dartmouth College in each of the past two years. While there he taught courses in Re-mapping Tribal Narratives, the American Indian Novel, Indian Country Today and Digital Storytelling.

Professor Henry is also co-Pi on a strategic planning grant dedicated to a Center for Anishinaabe Languages, Literature and Storytelling. He is also serving as Community Coordinator on an MSU Mellon grant geared to producing, language programs, activities and curriculum in Anishinaabe communities.

“It was Snowing on the Monuments” Academy of American Poets, 2020.

ENG210: Introduction to the Study of English

The Failure of Certain Charms and Other Disparate Signs of Life. London: Salt Press.

“The Silver Saxophone, Masks of Pain and the People in the Hills.” Pembroke Magazine. Ed. Jesse Peters. University of North Carolina Pembroke, 2006.

“The Prisoner of Haiku.” Children of the Dragonfly. Tucson: University of Arizona Press, 2002. 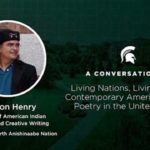 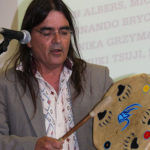 An enrolled citizen/member of the White Earth Anishinaabe Nation, Gordon Henry has dedicated his writing, scholarship, and life to Indigenous tribal communities. In recognition of this work, he has…Read now »
Norton Anthology of Native Nations Poetry Events Scheduled for Nov. 19 and 20
Published November 9, 2020 in College of Arts & Letters 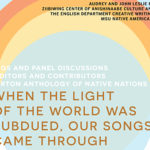 The Department of English Creative Writing Program is pleased to co-host editors and contributors of The Norton Anthology of Native Nations Poetry. Online readings and panel discussions will take place via Zoom on Thursday, November 19, at 7:30 p.m. and Friday, November 20, at 2 p.m. The event is free, but registration is required. To register, please contact Department of English Professor Gordon Henry at henryg@msu.edu.Read now »
Less Commonly Taught and Indigenous Languages the Focus of $2.5 Million Grant
Published July 22, 2019 in College of Arts & Letters 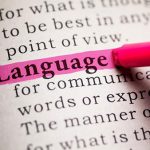 Currently, MSU offers instruction in 29 less commonly taught languages, such as Vietnamese, Turkish, and Indonesian. Often the challenge in teaching these languages is having only one or two students at any given university taking a course, and in order to have a full class and higher levels of competency, a critical mass of students is needed across multiple semesters.Read now »
Indigistory Receives Distinguished Partnership Award
Published March 7, 2018 in College of Arts & Letters 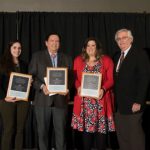 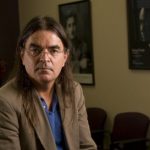