Max Evjen has more than 15 years of experience in arts and cultural management as well as informal science learning. He was the Artistic and Executive Director of Redshift Productions, an organization that facilitated collaboration among scientists and artists to create performances in New York City and Ithaca, NY.

He continued informal science education work as the Director of Learning Programs at the John G. Shedd Aquarium in Chicago, where he was responsible for the success of 25 different onsite, offsite, and online learning experiences, and with the Center for Science and the Imagination at Arizona State University where he designed activity stations and the evaluation plan for the Phoenix Art Museum’s Leonardo Da Vinci’s Codex Leicester and the Power of Observation exhibition.  Max also worked with Cornell University’s Interaction Design Lab on the development and implementation of mobile device applications Sundial and Moboogie.

In addition to those roles, Max worked as an actor and freelance theatrical technician in New York City, and worked as a teaching artist for Stages of Learning, teaching New York City public middle school children curriculum through acting skills, while conducting professional development with public school teachers.

Most recently, in addition to his role in Theatre, Max was Performance and Digital Engagement Specialist at the Michigan State University Museum, and is now Digital Humanities Coordinator in the Digital Humanities Program in the College of Arts and Letters at MSU. He was a Program Co-Chair for the Museum Computer Network (MCN) 2021 international virtual conference.

Max specializes in site-specific and devised theatre. Engaging in site-specific performance introduces students to a unique way to interact with our world, and with new tools for performance, broadly.  He is also guitarist and vocalist for Two-Body Problem. Theatre and music are collaborative endeavors that connect people to the world and each other. Museums connect people to our heritage and identities, and digital is the forum of our time.

AR Evaluation (An evaluation of an augmented reality test program at the MSU Museum), 2019

In 2017-2018 a team of professors and students collaborated to build and evaluate through user testing an augmented reality program at one mural in the Hall of Animal Diversity in the Michigan State University Museum. Primary findings include that more than half (60.5%) of respondents to a survey indicated they learned something about animal adaptation and/or behavior, key themes of the gallery.

Twitter Account. A project to train students to manage social media for an institution through a museum mascot. 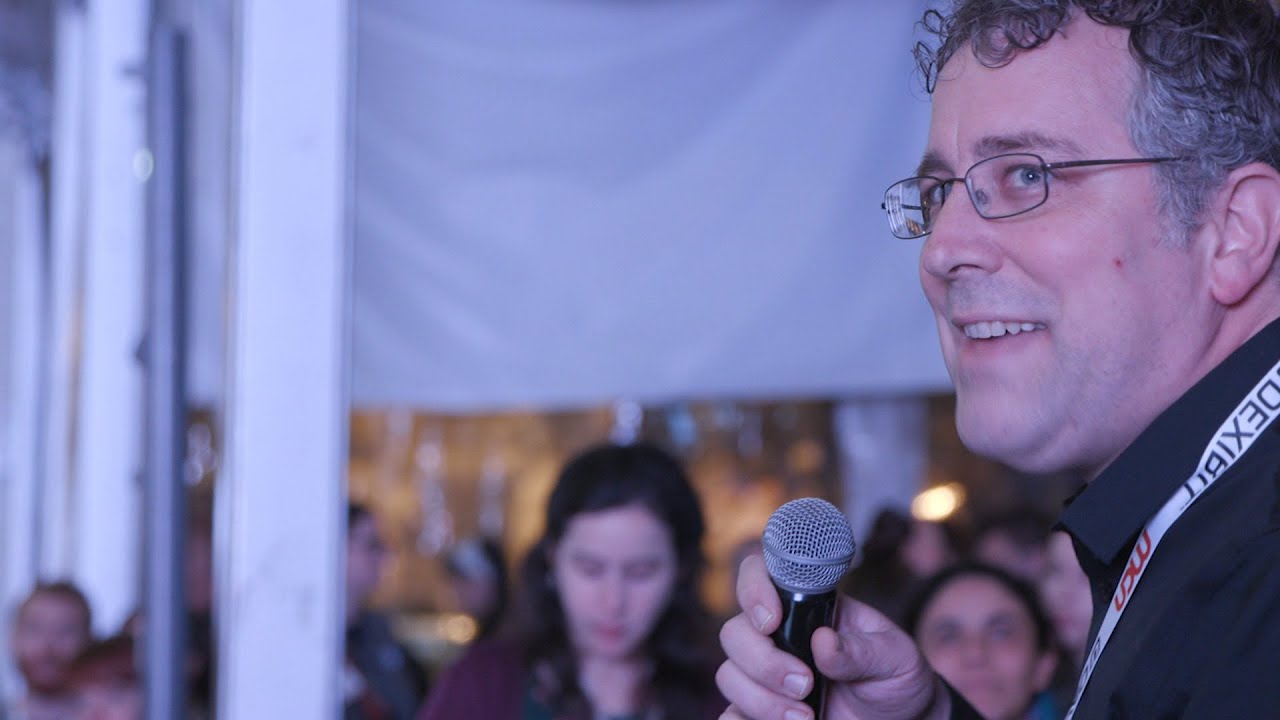 Jazz Hands Out: Why #musetech should be like theatre (Ignite MCN 2018)