My primary research interests are ancient Greek mathematics and metaphysics (especially Aristotle’s metaphysics, natural science, and philosophy of mathematics), as well as the question of how much we can understand about Aristotle’s predecessors and contemporaries from his discussions of their views. I am available to work with incoming graduate students as a committee member and/or teaching mentor.

“Does Frege Have Aristotle’s Number?”

Accepted for publication in the Journal of the American Philosophical Association. (I develop an interpretation of Aristotle’s number theory and show that it withstands Frege’s most powerful criticisms of empiricist number theories.)

An interpretation of GC 2.3.

I argue that number for Aristotle is not a hylomorphic unity but rather a “measured heap.”

A reconstruction of Aristotle’s philosophy of geometry.

A close reading and interpretation of the Rival Lovers.

This paper considers a metaphysical puzzle about whether geometrical objects and numbers are more substantial than sensible objects (because the former in some sense limit the latter).

While it is typically thought that Aristotle’s notion of ontological separation is merely non-symmetric, I find an additional, asymmetric notion in the Metaphysics. I argue that this notion allows Aristotle to prevent the proliferation of substance-kinds and thus to secure the unity of his metaphysical system.

This paper defends Aristotle’s (much maligned) criticisms of his predecessors’ views of mathematical objects.

This paper shows that Aristotle’s Θ.9 argument that bad actualities are posterior to potentiality is valid, even though it apparently conflates priority in worth and priority in nature.

“Contact and Continuity: What Happens at the Boundaries? A Discussion of C. Pfeiffer, Aristotle’s Theory of Bodies,” forthcoming in Oxford Studies in Ancient Philosophy (expected to appear in vol. 60).

Faculty Promotions for 2022
Published December 1, 2022 in College of Arts & Letters 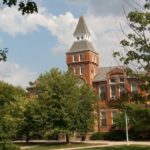 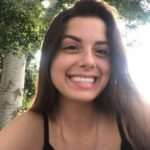 As a Philosophy major, Izzy Taylor studied how the philosophies of Karl Marx and Friedrich Nietzsche share traits in some areas and how they differ in others. For Taylor, this research began as a…Read now »
Close Menu