I was born and raised in Southern California. At the age of 13, I moved with my mother to the Chicago suburbs, where I lived for several years. I loved going to school and all the challenges that came with it. College was an especially exciting and enriching time in my life, and I enjoyed every bit of it. I graduated from Monmouth College in West Central Illinois where I majored in English with a concentration in Creative Writing.

After several months of serious deliberation, I decided to move to Michigan to be closer to friends. Unfortunately, that decision was made months before the 2008 stock market crash. After 3 years of continuous job searching, I was fortunate enough to move to Detroit where I started my career at MSU with the College of Osteopathic Medicine at their DMC satellite school. I moved to Lansing in March of 2012 where I began working with the Department of English as a graduate secretary. By November 2015, I was asked to join AAAS as the program secretary. As of March 2020, I was promoted to business administrator for AAAS and I am excited to be here at the ground level of this exciting and dynamic build. 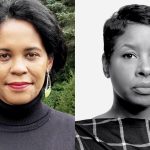