Alexis Black received her BFA in Performance from Ohio University and her MFA in Theatre Performance Pedagogy with an emphasis in Movement from Virginia Commonwealth University. She is an educator, fight, movement and intimacy director, performer, and director.

As a movement specialist, Alexis is a certified Intimacy Director with Intimacy Directors and Coordinators (IDC), is a certified teacher in the Michael Chekhov Physical Acting Technique, and has a level one certification in the Margolis Method. She has trained with PUSH Physical Theatre and Anne Bogart’s SITI Company, and is a member of the Society of American Fight Directors, The Stage Directors and Choreographers Society, and the Association of Theatre Movement Educators.

As a fight and movement director she has choreographed in Europe, South Korea, and regionally in the US, including as assistant fight director for Romeo and Juliet and Hamlet for the Tony-award winning Shakespeare Theatre Company in Washington, DC.  She has served as resident fight and intimacy director for Hope Summer Repertory Theatre, and Redtwist Theatre in Chicago. In NYC she has choreographed for the NY Fringe, Off-Off Broadway, and Off Broadway. She also served as assistant choreographer for Fool for Love on Broadway, starring Sam Rockwell and Nina Arianda.

As a professional actor and member of AEA, she has worked with regional theaters, on international tours and in numerous shows in NYC. Favorite credits include productions with The Dorset Theater Festival, The Vampire Cowboys Theatre Company and touring with TNT-Britain. On the small screen you can find her performing stunts on AMC and The Discovery Channel.

In other research, Alexis has explored the powerful combination of Meisner and Chekhov for years in the acting classroom, and wrote about it in the Routledge publication, Michael Chekhov and Sanford Meisner: Collisions and Convergence in Actor Training. She also co-authored a chapter on neurodiversity and the actor for an upcoming Routledge publication as a response to research on inclusive teaching methods. Additionally, Alexis and her MSU colleague Tina Newhauser have led an innovative collaboration with IDC, exploring the relationship between intimacy directors and teams that build live performances. A publication that details out practices and protocols for staging intimacy and the creative team is forthcoming, with a release date planned for 2022.

More information can be found at www.alexisblack.net. 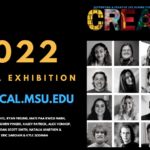 The 2022 CREATE! Micro-Grant Student Exhibition is now live! This virtual exhibit showcases the 12 student projects that were created based on the winning…Read now »
MSU Theatre Brings Roller Derby to the Arena Theatre
Published November 1, 2022 in College of Arts & Letters 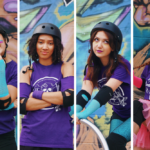 Michigan State University’s Department of Theatre presents For The Love Of (or, The Roller Derby Play) Nov. 11-20 in the Arena Theater of the MSU Auditorium Building. The play, written by…Read now »
2022 Faculty Award Winners Recognized for Outstanding Achievement
Published October 20, 2022 in College of Arts & Letters 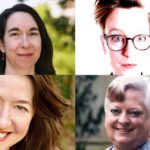 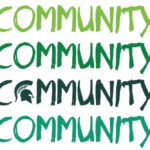 Michigan State University’s Department of Theatre announces its 2022-2023 season, which focuses on the exploration and celebration of community.  “These scripts are intended to provoke…Read now »
Theatre Professor Serves as Assistant Fight Director for Broadway Production
Published June 15, 2022 in College of Arts & Letters Alexis Black is always up for a good fight. And since February 2022, the Assistant Professor of Acting and Movement at Michigan State University has been choreographing stage combat for the…Read now »
Conversations with CAL – Innovations in Modern Choreography Intimacy for the Stage
Published May 11, 2021 in College of Arts & Letters 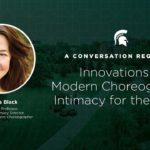 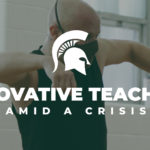 In conjunction with Digital Learning Day on February 25, the Michigan State University Department of Theatre MFA Acting cohort will launch a six-season podcast, entitled “The Moment Before: An…Read now »
CAL in the Classroom
Published November 16, 2020 in College of Arts & Letters https://www.youtube.com/watch?v=PRrykQ2_0HM Alumni and retired faculty and staff had the opportunity to attend a virtual event on November 7 where attendees got an insider’s look at the…Read now »
MSU Takes Academic Lead in Emerging Field of Intimacy Direction
Published June 3, 2020 in College of Arts & Letters In 2018, the Huffington Post described intimacy directing as “an emerging field in which a small group of professionals are pushing to develop standards and procedures for scenes…Read now »
Department of Theatre Announces 2019-2020 Season
Published September 12, 2019 in College of Arts & Letters 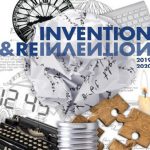 This month, Michigan State University is proud to welcome Crystal Skillman as a 2019 Guest Playwright in Residence for a week-and-a-half-long workshop on her new play Pulp…Read now »
Department of Theatre to Present Sexual Politics Series
Published November 6, 2018 in College of Arts & Letters MSU’s Department of Theatre is proud to present its Sexual Politics Series, a unique and timely performance of published and ensemble-created works exploring how theatre, as an…Read now »
Department of Theatre Announces 2018-2019 Season
Published September 12, 2018 in College of Arts & Letters 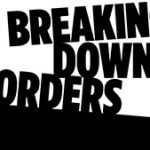 Michigan State University’s Department of Theatre is “Breaking Down Borders,” the theme of its 2018-2019 season, in which the department will present plays with meaning and…Read now »
College Welcomes 30 New Faculty and Staff Members
Published August 30, 2018 in College of Arts & Letters Innovative Teaching Amid A Crisis