Kaveh Askari’s research and teaching focus on cinema and media history in a global context. Special areas of interest include art cinema, media circulation, film and the other arts, and cinemas of the Middle East. He is the author of Making Movies into Art(BFI, 2014) and co-editor of Performing New Media, 1890-1915 (John Libbey, 2014). He has also co-edited special issues of Film History (South by South/West Asia: Transregional Histories of Middle East—South Asia Cinemas), the Journal of Religion and Popular Culture (Locating Muslim Cinemas), and Early Popular Visual Culture (Early Cinemas of the Middle East and North Africa). His new book is Relaying Cinema in Midcentury Iran: Material Cultures in Transit(University of California Press, 2022).

Professor Askari has served on the executive committee for Domitor, the International Society of Early Cinema Studies, on the jury for the Aljazeera International Documentary Film Festival, as co-chair of the host committee for the Seattle Society for Cinema and Media Studies conference, and as co-chair of the SCMS Middle East Caucus. He has collaborated on several film programs with institutions including the Pacific Film Archive, Il Cinema Ritrovato, and the Doha Film Institute.

History of Film after Midcentury

Cinemas of the Middle East and North Africa 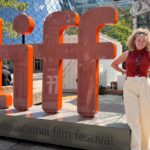 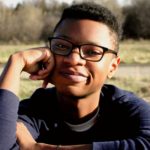 Garrett Boudreaux, who is graduating from Michigan State University this spring with a bachelor’s degree in Film Studies, was accepted to the School of Theater, Film, and Television’s…Read now »
Kaveh Askari Begins Tenure as Director of Film Studies
Published November 2, 2021 in College of Arts & Letters 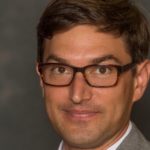