Tamar Boyadjian’s research and teaching interests focus on medieval literature and culture. Additional areas of specialization include Medieval English literature; Jerusalem in medieval literature; the crusades and crusading literature; Mediterranean studies; medieval theology and historiography; and literary intersections between Europe and the Middle East in the medieval period. She is also interested in Medievalism –particularly the expression of beliefs and practices of the Middle Ages in contemporary art, film, and pop culture.

Her current book project, The City Lament: Jerusalem in Crusading Narrative, examines the re-presentation of the city of Jerusalem in narratives produced during the crusades in the English, French, Latin, Arabic, and Armenian traditions. In its attempt to challenge hegemonic and entrenched approaches to the study of the crusades and medieval literature, this book project seeks to expose cultural and literary intersections between Western Europe and a number of ethno-religious cultures of the “east,” by arguing for shared modes of representing the loss of the city of Jerusalem in their narratives. In addition to her book project, she is working on a study of the representations of peoples of the “east” –such as the Armenians, Arabs, Mongols, and “Saracens” –in medieval English literature, and the ways in which the literary sources of the “east” characterize England and Western Europe.

For several years, she has also been involved with a number of digital humanities projects, which seek to not only digitize and archive medieval manuscripts from various institutions in the US, Europe and the Middle East, but also attempt to expose cultural and literary exchange –as well as trace the trajectory of textual transmission- between medieval Europe and the medieval Middle East.

ENG320A:What were the Crusades? Re-Reading “Crusade” from the Middle Ages to the Present

“Crusader Antioch: The Sister-City in the Armenian Laments of Grigor Tłay and Nersēs Šnorhali” in East and West in the Medieval Eastern Mediterranean, III: Antioch from the Byzantine Reconquest until the end of the Crusader Principality (Brill: Leiden, 2014).

“An Armenian Princess, a Mongol, and a Conversion Tale: the Middle English Didactic Romance, King of Tars, and its Analogs,” in Cultural, Linguistic, and Ethnological Interrelations in and Around Armenia (Cambridge Scholar Press, 2010). 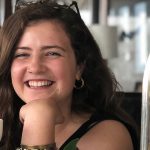 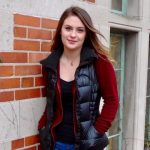